PyDev of the Week: Hynek Schlawack

This week we welcome Hynek Schlawack (@hynek) as our PyDev of the Week! Hynek is an avid member of the Python community and a fellow of the Python Software Foundation. He has contributed to many projects and writes his own Python blog. Let's spend some time getting to know him better! 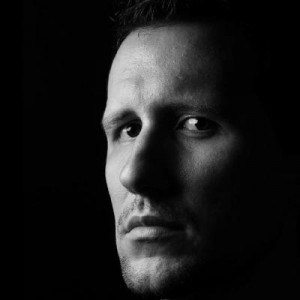 Iâ€™ve the former German equivalent of a masterâ€™s degree in computer sciences. I try to have as many hobbies away from any screen as possible but Iâ€™m not always successful at that. But at the very least, I do quite a bit of sports and traveling to keep my body in shape and my horizon wide.

I needed to build internal web applications and concluded that Java was too cumbersome to get stuff done quickly (we're talking about circa 2008; things certainly improved since then).

The main popular higher-level languages back then were Ruby and Python. While Ruby had the advantage of Ruby on Rails, we chose Python because it felt more like a language that invites to write software that still can be understood a year later and because the ecosystem was a lot more diverse with gems like Twisted.

Iâ€™ve been a C programmer for the most of my programming life but it certainly isnâ€™t my favorite because adding two numbers the wrong way can lead to catastrophic security problems.

I also know Go but I donâ€™t think that it is a good language. We use it only if we need a static binary or in very rare cases where Python is too slow. I like Rust but found the community lacking in size and professionalism. And I sorely missed the high regard for writing good documentation I got used to from the Python community.

Currently my hopes to get rid of Go rest on Swift which is both promising and has a big company backing it. That said, my favorite language is still Python.

Too many! My most known projects are probably structlog, attrs, and doc2dash. But since PyCon 2015 Iâ€™m also maintaining pyOpenSSL and Iâ€™ve open sourced quite a few handy single purpose packages like argon2_cffi or service_identity left and right over the years. I also have the commit bit for both CPython and Twisted but Iâ€™m currently lacking the time to get involved in a meaningful way.

If I have to give a shoutout, I have to start with the wonderful tools that help me to write robust software: py.test, tox, coverage, and hypothesis. They spoiled me so much that projects that donâ€™t have those in place are much less likely to get help from me.

Network programming is of particular interest to me and Python has two amazing alternatives: Twisted and asyncio. The latter one has unbeknownst to me built a cozy sub-community with lots of useful modules. So if I have to choose a favorite *core* library itâ€™s definitely asyncio. Itâ€™s not surprising to me that Python 3.4 is the first Python 3 with serious adoption!

For web development Iâ€™m very fond of the Pyramid ecosystem which has a big focus on quality and composition (which are both topics dear and near to me) but seems severely under-appreciated. It makes me sad when people just assume that they just have to decide between Django and Flask while we have an amazing third option! Then thereâ€™s SQLAlchemy: I usually only use the core API but it is still a huge asset to the Python community that everyone should check out.

Finally Iâ€™d like to mention a few handy tools that in my opinion donâ€™t get enough love: pdbpp is a great drop-in replacement for pdb with syntax highlighting and tab-completion. Click made writing composable CLI applications a joy (if someone tells you that argparse is good enough, they havenâ€™t tried click). And finally if you want to expose application metrics, have a look at Prometheus and their official Python client.

I find that difficult to guess because it mostly depends on who finds the time and energy to write and defend PEPs.

Generally speaking I think Pythonâ€™s future is bright-ish but as Alex Martelli put it so eloquently: â€œthe GIL must go.â€

My e-mail inbox tells me itâ€™s a good time to be a Python programmer looking for work.

Take care of your body, be nice to other people, write tests, verify your certificates, and stop sub-classing.