PyDev of the Week: Tania Allard

This week we welcome Tania Allard (@ixek) as our PyDev of the Week! Tania is a developer advocate at Microsoft. She is also a speaker at multiple conferences. If you'd like to learn more about her, you should check out her blog. She also has some of her projects up on Github for you to peruse. Let's take a few moments to get to know Tania! 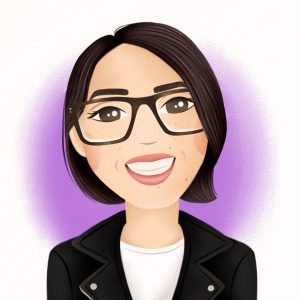 I am originally from Mexico but have lived in the USA and in the UK for the last 8 years.

I have a bachelorâ€™s in Mechatronic engineering and have also always been fascinated by technology and I can class myself as a lifelong learner. As such I got a PhD from the University of Manchester in Data science applied to Materials science, during which I discovered and fell in love with Python. Since completing my PhD I have worked as a research software engineer, research engineer, data engineer, and more recently could advocate.

Apart from tech I love Olympic weightlifting, so I spend quite a good amount of time in the gym every week and I am already looking forward for this yearâ€™s competition season!

I also love craft beer and recently joined the women in beer scene in Manchester, UK where I live.

As I said before I did a PhD in Materials Science, but instead of focusing on the experimental side of things my work was focused on modelling materials for tissue replacement. Most of the people in my discipline were using MATLAB for such purposes (as did I at the beginning) but eventually I realized I needed something more flexible. I was also soon driven into the â€˜open scienceâ€™ movement and decided I should create not only all my analyses but also my thesis plots and research papers outputs using an open source programming language to encourage reproducibility and accessibility.
It was until I starts using Python that I discovered the open source community and never looked back.

Coming from a scientific computing background I know MATLAB, FORTRAN (spoiler alert I do think modern FORTRAN is really good), C/C++, R, Julia, and Assembly. More recently I have been diving into functional programming via Scala and also into Go.

I recently joined the developer advocate team at Microsoft, so I am focusing on understanding the community barriers and needs when it comes to cloud computing.
In the Python ecosystem I am trying to work more closely with the Jupyter community to help drive better accessibility and community initiatives.

Something I am really excited about is the organisation of the mentored sprints for underrepresented folks in the Python community during PyCon.

Finally, I am working on a project focused on understanding the relationship between corruption and gender inequality in Latin American countries such as Mexico and Colombia. I truly believe that we can make a positive societal impact through technology, so this project is something I really care about.

What non-Python open source projects do you enjoy using?

As an R user I really like the Drake project as it has provided important tools towards reproducible scientific workflows (which is also a thing I deeply care about). I also have been enjoying working with projects like Docker, Kubernetes and Terraform over the last couple of years.

How did you get into speaking at Python events?

Since I come from a research background, I was already familiar with talks, poster presentations, conferences and the such, but I never thought I could speak at Python events. Then I joined a local scientific Python group and was eventually asked to speak about my PhD work. I was terrified back then, but after giving my talk and realising that people actually cared about the topic and were super supportive I decided I would like to share my knowledge with others.

Do you have any advice for others who would like to start giving talks?

If you are wondering whether you have something interesting to say I can guarantee you do!

Local user groups/meetups are great places to get started at within a relaxed environment. Folks are usually very supportive and eager to see what is going on in the community.

Thanks for the interview Mike. Hope to see loads of folks around in PyCon and if youâ€™re there come say hi!

Thanks for doing the interview, Tania!