PyDev of the Week: Tonya Sims

This week we welcome Tonya Sims (@TonyaSims) as our PyDev of the Week! Tonya is a Python Developer Advocate for Vonage and is an active member of the Real Python community. Tonya recently gave a talk called "Faceoff Fun with Python Frameworks: FastAPI vs Flask" at EuroPython 2021. 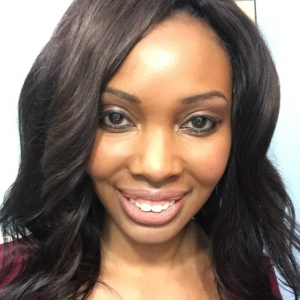 Let's spend some time getting to know Tonya better!

Sure! I'm a former pro athlete turned Pythonista. I played professional women's basketball in Europe and in the WNBA.

As a kid growing up my parents bought a computer, it was a Texas Instrument and the first time I ever coded was on that machine doing Basic. Dang! I totally wish I would have stuck with it but school and sports dominated my life at that time.

In college at the University of Wisconsin, I majored in Business while playing for the Women's Basketball Team. After playing professionally, I started working as a pharmaceutical sales rep. While I definitely respected the profession I felt it wasn't a good fit for my creative and analytical strengths, so I transitioned out and moved to Chicago. This is where I picked up coding again.

My first tech job was working for a financial services company but not as a technologist of any sort. I was an executive assistant temp, assisting the vice president of our division within their tech department. Basically, my role was to answer phone calls, take notes and order pizzas for the office (LOL).

This couldn't be my life! So I started learning basic UNIX commands so I could make a move. I was eventually able to move into a computer operator role at that company, swapping out tapes in a ginormous data center. It was a good start for my tech career but I didn't want to end up getting pigeonholed as a tape swapper.

This is when I taught myself how to code.

I discovered Python …and the rest is history.

Currently, I'm in my dream role at Vonage as a Python Developer Advocate.

I started using Python for many different reasons.

It just clicked for me. I'm not sure what it was about the other languages I've dabbled in but when I started learning Python the coding concepts started making more sense. Not to say I magically learned Python in 24 hours (isn't there a book that promises that?). My Python journey definitely took some time and I'm still learning new things every single day!

The Python community is hands down the best. I felt so welcomed and supported. People were cheering for me and I for them. Getting help and asking questions is also extremely encouraged. The open-source aspect of Python also appealed to me and that's one of the reasons I believe the community rocks!

I know some JavaScript and in an online bootcamp on Udemy for learning it. It seems there's always some competition on Twitter about Python and JavaScript but I feel these two really work well together.

In my role at Vonage I maintain the Python SDKs and APIs and oftentimes have to build frontends to test my changes, which is normally done in Javascript.

Currently, I'm working on building a sports index for the NBA,WNBA, NFL, MLB and college football and basketball. The idea is it'd crawl the web and rank players from best to worst based on stats and other factors in real time. I'm also building into it sentiment analysis in order to detect positive or negative news. All of this is important for fantasy sports competitors in making their player selections.

I work a lot with the Requests library, and have gotten to know it even better over the last several months since developing and calling APIs. It's not the most glamorous library but it definitely gets the job done when it comes to HTTP request calles.

I'm also dabbling in PyGame. I've always wanted to make games especially with the increase of gamification used in applications nowadays. Excited to see where this journey takes me!

I see you are a Python Developer Advocate. Can you describe what that is and what you do?

This is my first role as a Python Developer Advocate and it's truly my dream job! In my role I have a 70/30% split, so most of my time is spent coding in Python. For example, maintaining and building out new features for our APIs.

The other 30% of my days are submitting my Call For Papers(CFP) to conferences and doing tech talks around the globe.

As a Python Developer Advocate it is my job to nurture the Python community. To make sure they have support for our products and services as a new or existing user.

What made you decide to become a speaker at Python Conferences?

It's something I've always wanted to do and I LOVE teaching.

I've taught Python in the past and I absolutely enjoy sharing knowledge about something I've learned.

Thanks for doing the interview, Tonya!