This week we welcome Mirko Galimberti (@M1sl6) as our PyDev of the Week! Mirko is a core developer of Kivy, a cross-platform GUI framework for Python that targets iOS and Android, but works on Linux, Mac, and Windows too.

Mirko also has a website, which is a great way to see what he is up to. You can find Mirko’s code contributions over on GitHub too! 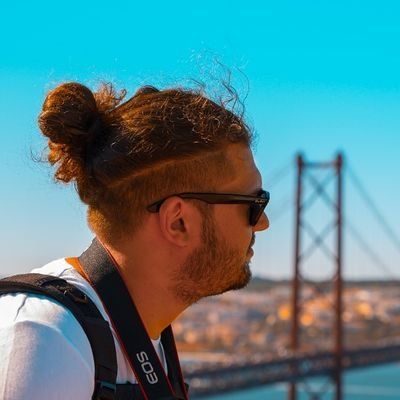 Let’s spend some time getting to know Mirko better!

Before being a Software Developer, I have been (not so secretly) tech-addicted, especially when it came to computers.

I had my first tech bag at age of 11 (nothing so fancy and expensive) but was a nice set of hardware and software tools to fix the most common computers issues.

Later, during my early high-school years, even if only C++ and Java were an option during classes, I started learning PHP + JS + HTML5 + CSS3 for a project that I started with a schoolfellow, that’s where I first approached web development.

As my homepage says, now I’m a Full Stack Developer based in Italy. When I’m not in front of my laptop screen, you can find me traveling and piloting a drone for aerial photography. I love to listen to EDM music while stuck in traffic or during open-air festivals.

Accidentally,  before being a Pythonist I was super-devoted to PHP ????.

In 2014 I had to work on a brand new project, and during a meeting the consultant who was working alongside me, due to the nature of the project, proposed me to rely on Python and PostgreSQL.

In a 4 hours crash course, he introduced me to Python and web2py framework. I immediately loved the intrinsic clean code approach of Python and the vast libraries ecosystem.

That code I started to wrote just after the crash course is still in production, and in a 6 months timeframe Python became my first choice for Web Development.

During the week I do web development (mainly using py4web, the webpy reboot) and app development (obviously using Kivy).

Lately, I’ve been focusing on a vast Smart Home ecosystem, where most of the code is written in Python (except the device firmware).

Instead, during my spare time, I love to keep Kivy Framework updated and mantained.

Core: unittest.mock (I still have a lot to learn from this beast, and increasing the code coverage of Kivy looks like a good way to learn something about it)

3rd party: Apart Kivy? pydal is surely one that helps me to save some precious time during the web development workflow when using databases.

How did you end up as a contributor for Kivy?

I started in 2018 by just fixing some minor bugs, or adding missing features, that I encountered using Kivy as a user.

In early 2020, I needed something in order to distract myself during weekends, and doing Open Source for Kivy seemed a nice idea.

2020 is over, but giving back something to the Open Source community that helps me have a reduced time-to-production is something I just can’t stop.

In 2021 I joined the Core Developers team, and I try to do my best to keep Kivy up-to-date and grow the community.

What are your top three favorite features of Kivy?

Maybe we can talk about how did I find out about Kivy? Well, still accidentally ????.

I had a  Python cli based tool developed during an R&D sprint that later needed a GUI.

Being cross-platform (both desktops and mobile) was mandatory and after a quick research, Kivy seemed an obvious choice.

Thanks for doing the interview, Mirko!