This week we have Michael Herman (@MikeHerman), author of Real Python for Web Development, which was the 2nd installment of the Real Python course. Let’s spend some time learning more about Michael! 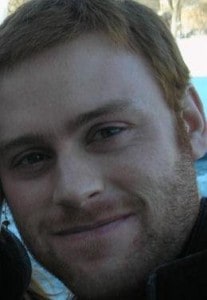 Hello. I am currently a freelance web developer, primarily focused on Real Python. My passion has always been to make some sort of positive difference in the world, and I believe I am doing that through my other passion – technology. Besides Real Python, I focus my attention on open source projects as well as mentoring those learning how to code. I have a B.S. in Business Administration as well as a M.S in Information Science. I actually started my undergraduate studies in computer science, but one philosophy class ended up derailing me until I switched to Business.

When I am not coding, I am generally running (and thinking about coding).

I needed to better automate the creation of an Excel report and enhance the report itself with data from an external API. At the time I was learning Ruby, but after some brief research I came across the xlwt library and decided to go with Python. Long story short, we became good friends – Python and I.

I learned the language, quit my job, and started working freelance, mostly in Excel automation and web scraping.

JavaScript is by far my favorite language – other than Python, of course. Angular, specifically, has made the front end fun again and I’ve fully embraced asynchronous programming with Node.

Real Python is a constant. Whether I am adding content to the course, fixing bugs, or writing blog posts, I touch some part of Real Python everyday. Today I am dabbling with the computational science side of Python, analyzing Twitter and Reddit data in order to better understand how our content marketing strategies are faring. Should be fun.

There’s too many. Flask, Requests, Scrapy, Nose, iPython, Django, just to name a few. I can’t forget pip and virtualenv. Where would we be without them?