This week we welcome Lennart Regebro (@regebro) as our PyDev of the Week! I’ve been following his blog for a while now and think it’s well worth a read. He is also the author of Porting to Python 3. Let’s spend some time getting to know him! 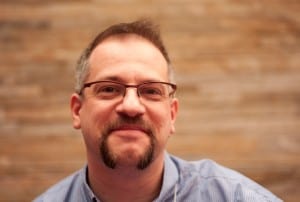 I’m pretty much self-educated. I did go to college for a year and studied digital electronics, but didn’t finish that. This was during the 80’s, where nobody knew what they were doing anyway, and computer engineering was exploding so if you had a knack for computers, you could get a job.

Since I got a daughter I don’t have any hobbies any more. I still have a small recording studio in a corner of my home though, but my daughter uses that more than I do. She likes making noises on the keyboard. I guess that makes my main hobby drinking whiskey and watching Manchester City play.

I was helping an NGO make a website. I’d made a lot of websites before, but this time people who didn’t know HTML needed to update the website, so it needed a content management system. I had looked into Zope before and knew that was the right tool for the job, but that meant I needed to learn Python. I had probably written some small scripts in Python before and I also had gone through the tutorial, but Christmas day 1999 I started this CMS, so that was the first time I did something serious with Python.

I don’t really know any other languages like I know Python any more. The only one I end up using regularily is Javascript, and that’s only because I have to. I find that when I have to write C today I write it as if it was Python, and that’s a disaster. I often forget to deallocate memory for example.

I’m working for Red Hat on Open Stack. On my free time I’m going to make my book, Porting to Python 3 into a community driven book. I also hope to work more on implementing PEP 431, a project that unfortunately stalled for lack of time just after I started it. I also have big plans for Hovercraft, my presentation tool.

requests is a library that is wonderful in that it makes dealing with http completely trivial. It’s pluggability is also fantastic. There is for example requests-cache, a plugin that will cache all requests to disk, so if you are fetching a lot of data from a website, you don’t have to bother about saving it, you just use this and it won’t make more requests than needed.

lxml is also a module I end up using a lot.

Switching to Python 3 is not a big issue any more. If you are still on Python 2, you should look into migrating.

1 thought on “PyDev of the Week: Lennart Regebro”