PyDev of the Week: Tracy Osborn

This week we welcome Tracy Osborn as our PyDev of the Week. She is active in the Django portion of the Python universe. Let's spend some time getting to know her. 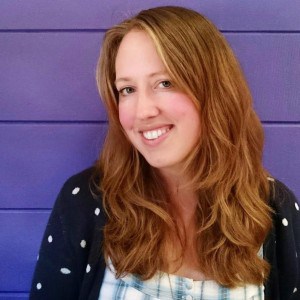 Sure thing! I've been building websites since I was 12 â€” 1996! â€” and I've always enjoyed working on the web. I originally went to university for Computer Science but had an awful time with Java. Since I enjoyed the visual aspects of working with the web more, I transferred to an art degree, specializing in graphic design, and became a web designer. I worked primarily front-end until I started building WeddingLovely, my startup, when I taught myself how to program in Python and Django.

Off the computer, I love being outdoors â€” I'm an avid backpacker and I love mountaineering. Last summer, I did the John Muir Trail solo, which is a bit over 200 miles and takes about three weeks. One of the best things I've ever done.

As mentioned before, I had a terrible time with Java which caused some lasting fear around programming. My now-husband is a Python-er and recommended Learn Python the Hard Way (which is such a great easy intro to Python and programming logic) and Django, which is so great for web apps. By the time I launched my first app (WeddingInviteLove), I didn't know a ton of Python, but as the app and my startup grew, I kept learning and getting better at programming.

I don't think I remember a thing about Java any more! I pretty much only know Python and a bit of Javascript.

Programming-wise, I'm still working on WeddingLovely as the sole programmer. It pretty much runs itself but I'm still building features as well as more ways to make it automated. It's still fun to work on, plus I have about 5,000 businesses partnered now which is really motivating.

I'm also working on marketing my programming book, Hello Web App. The book was released on May 4th this year (May the fourth be with you!) but I have been releasing tutorials to supplement the book, like this contact form tutorial.

I recently used EasyPost to generate the labels for my Hello Web App books â€” so much easier than using USPS! I wrote a tool using their API here.

I really love Python and building web apps is so much fun. I've really enjoyed bringing more people into the Python fold!