PyDev of the Week: Fernando Doglio

This week we welcome Fernando Doglio as our PyDev of the Week. While Fernando hasn't been using Python for long, he did author the book, Mastering Python High Performance for Packt Publishing. If you'd like to see what Fernando has been up to, I recommend checking out his Github profile. Let's spend some time getting to know him a bit better! 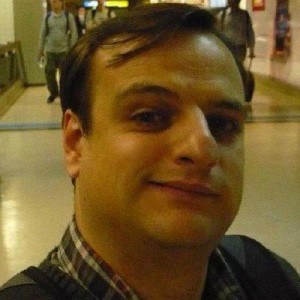 I'm a 32 years old nerd, which means I like programming as a hobby (I have quite a list of under-development projects on my Github account and a lot more in my head!) but I also like watching TV (a lot!) and reading sci-fi and fantasy (helps to disconnect from the real world from time to time), finally I try to spend as much time as I can with my wife and two kids.

As for education, I started my path after highschool on Computer Engineering but soon after that I dropped out. Years later I did a short technical career (only 3 years) as a Software Analyst and that's pretty much all there is to know about my formal education, the rest I picked it up from the streets (Internet of course!).

I started using Python when I got into big data actually, to write some MapReduce jobs, I much preferred doing so in Python than JAVA (don't we all?). After that I never really used it a lot, until I got around to writing the book, that was a big excuse for me to learn more about the language.

Lots! Ruby, PHP, JAVA, Node.js (and Front-end JS), C, some C++ even some C# a while ago. I'm probably forgetting some, but those are the main ones. As for my favourite, currently it's Node.js.

Aside from my daily work (which I can't really talk about) in Python, my biggest side-project would be www.lookingforpullrequests.com. A site dedicated to help those new-comers to the world of Open Source to find their first project and also help projects looking for help, to find just that. Right now it's written in PHP with an old RoR-styled framework I created for myself, called Makiavelo but I'm trying to re-write it using Node.js and some fancy front-end tech, like Angular or Reach.

In my humble opinion, I see Python well established in the Scientific community (I've seen my share of DataScientists for instance, using it a lot), but I don't see the language coming out of that niche any time soon. When you compare your Developer Experience (and that includes not only the language itself but the entire community around it) for things like Web Development, Python can't really compete with the likes of Node.js or Ruby. My experience as a new-comer to the language has been rocky at best, lots of poorly maintained packages, out-dated documentation and a fairly poor package manager make for poor experience. Then again, that's been MY experience, I'm sure that out there are others coming from other technologies/communities that are suffering even worst problems (like the JAVA world) and see Python as a breath of fresh air.

Again, in my humble opinion, the Python community has a lot to do before hoping the language gets the massive attention others have at the moment.

What made you decide to write a book about Python?

Well, to be honest, a Python book wasn't my first choice, but when I got offered to do it by the folks at PacktPub I decided it would be a great excuse to toy around with the language, get to know it a bit more and learn it.

Can you tell us what you learned while writing the book?

Quite a lot actually, mainly because my knowledge about Python was a bit limited at the time. But I also learned a lot about profiling in general, not just for the Python programming language. I think that most of those concepts on the book can be extrapolated easily to other technologies as well.