PyDev of the Week: Elias Dorneles

This week we welcome Elias Dorneles as our PyDev of the Week! Elias works on the tooling of the Beeware Suite and contributes to several other projects too, all of which you can see on Github. He also has a programming blog that you can check out. Let's take some time to learn more about Elias! 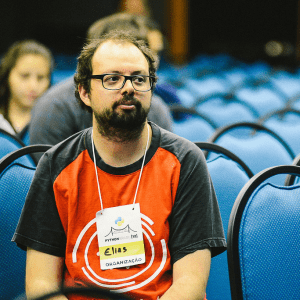 So, I was born and raised in the South of Brazil, and didn't really have much access to computers until I was about 15 years old. I got into computers initially for writing music scores and making simple animations, spending several hours in the house of friends who owned a computer and shared similar interests. 🙂 Then, when I had the opportunity to go to the university I opted for Computer Science. In there I learned programming, started using Linux, got acquainted with the free and open source software culture and became more and more involved with it, little by little. My hobbies change from time to time, I like trying new things. Most consistently I play the guitar and make fingerstyle arrangements to pop songs that I can't play myself. But you may also find me drawing cartoonish stuff, pair-programming with a friend over the internet, reading some book or just getting lost somewhere. I've recently moved to Paris, and since then I've been doing some traveling around too. Last year I took a sabbatical and attended the Recurse Center, which was a bit of a dream come true for me! There I met some wonderful people, worked a bit on the Android tooling of the BeeWare suite and practiced a lot of pair programming, it was a blast!

When I was in college, I had this phase where I would be just learning a different language like every few months. Python stuck with me initially because of Django, which had awesome docs and looked much better than the PHP stuff I was doing back then. But I also remember when wrote a little script to process an Excel spreadsheet and the code worked basically on first try. That really blew me away, it was like "wow, this language makes a badass out of me!", and made me want to really dive in.

Professionally, I've done a lot of Python, Bash, Javascript, Java, Groovy and PHP, and also Scala and Ruby to a smaller extent.

On the side, I've tinkered with Erlang/Elixir, a few Lisp dialects, Elm, and some others.

Python is still my go-to language, and it remains a favorite also because of the community -- for some reason, it seems to attract such great people. 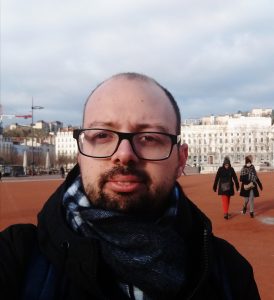 I currently work full-time for a French startup, but on the side I continue working on-and-off on the Android tooling for the BeeWare suite, which these days means mainly improving the VOC Python-to-JVM-bytecode compiler and building some example apps. I really love the project, the folks working on it are so nice and I think Python sorely needs it too!

These days I'm actually feeling a bit bad about not doing much. Since I moved to France it's been a bit of a challenge to conciliate my open source activities with finding my way here, learning French, and all that. But I hope I'll be up and running again soon, there is a lot of stuff to do!

I like many libraries, but I'll take this opportunity to mention some that I feel are a bit under appreciated. So I really love urwid, I have loads of fun building stuff for the terminal using it! This is not a library, but the pudb debugger tool has been tremendously helpful many times! Cookiecutter is very useful, we use it a lot in BeeWare! tenacity, vcrpy were very useful tools to incorporate in my toolbelt!

Visidata is a tool which some friends of mine are working on which has a lot of potential! (I'm still learning it) Finally, and I'm very biased for this, but Parsel and dateparser are close to my heart, I've worked quite a bit on them -- shout-out to the folks at Scrapinghub who maintain these!

I shall take this opportunity to be grateful: huge thanks to my friends, who are always so supportive -- you know who you are!

Big shout-out to the wonderful folks of the BeeWare team, the Recurse Center, also a MILLION hearts to the Python Brasil community, with a special mention for the groups Python Floripa and PyLadies Brasil! Thank y'all for existing! <3 Also, thank you Mike for reaching out to interview me, this was fun. 🙂