PyDev of the Week: Frank Wiles

This week we welcome Frank Wiles (@fwiles) as our PyDev of the Week! Frank is the President and Founder of Revolution Systems and President of the Django Software Foundation. If you'd like to know about Frank, you should take a moment to check out his website or his Github account. For now, let's take some time to get to know him better!

I grew up in a small town in Kansas, about 10,000 people, so computers became a hobby early in life. Other than that I really enjoy cooking and when I have time some photography, but these days it's mostly just taking photos of the kiddos.

I attended Kansas University for awhile as a CS major and then switched to Business before ultimately dropping out during the dotcom boom. 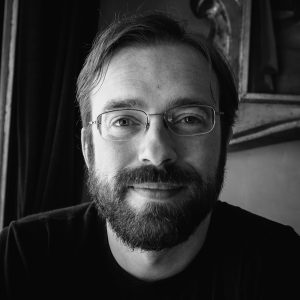 I started using Python in 2008 and it quickly became my primary language. At the time I was sharing an office with Jacob Kaplan-Moss and our friend Rikki knew that and wanted me to write an article that was part interview of him about the recent creation of the Django Software Foundation and part quick intro to Django.

I said sure and then realized, crap now I have to learn Python and Django.

I quickly realized that Django was better than what I was currently using and that I found Python to be really great as well. In hindsight I'm really glad I was gently nudged in this direction.

You can actually still find a slightly broken version of the article online.

I was primarily a Perl person for about a decade, even writing a book on it with a friend back in 2001 but I haven't used it in at least 10 years.

I know enough C/C++ and Go to be dangerous. I'd like to do a larger project in Go at some point, but have yet to find the time. I'm also half-heartedly teaching myself Rust, but haven't done anything serious with it yet. But from what I've seen it has a place in my bag of tricks in the future.

Python is obviously my favorite and the tool I always reach for first.

I switched to a new laptop a couple of months ago and am trying to do most everything in Docker containers and fully 12-Factor, which has the side benefit of things I would not normally release publicly can be. So I'm trying to code "in the open" a bit more than I used to.

I'm currently working on improving the docs around some of REVSYS' open source projects like django-test-plus.

For work, I'm primarily working on the backend for a financial management/improvement app for a large financial services company. It's a micro-service backend, using Django of course, and setting up a good Kubernetes environment for it in AWS.

Oh wow, hard to pin down favorites as there are a lot I've used for various work projects that are great, but the ones I think the reader's might find useful but may not know about are:

How did you become a core developer of Django?

I'm actually NOT a core developer of Django, but it's a common mistake. Between being DSF President and REVSYS being primarily focused on Django Consulting it's an easy mistake to make. While I've contributed a few patches to Django over the years, I actually haven't worked ON Django as much as I have in and around it.

This question however does allow me to mention that we, the Django community, are actually in the process of dissolving the core team and moving toward a more open and transparent governance process. You can read more this [DEP here](https://github.com/django/deps/blob/master/draft/0010-dissolve-core.rst).

What excites you about Django?

While I find the recent versions of Django to be a joy to work with day to day, I'm excited by Andrew Godwin's recent proposal to make Django entirely async.

More and more of our apps at REVSYS need a real-time component to them and the channels project and async go a long way to help make that easier and more natural.

What projects is the Django Software Foundation working on?

We're currently revamping and automating our membership process to make it easier to become a member and easier for the Board to manage and track the process. The current process is a little weird and we've had a few situations where in-process membership requests have slipped through the cracks because it's mostly done via email.

Other than that we've always got our usual fundraising needs and the focus I think for the next year will be raising enough to help fund the move to async.

Thanks for doing the interview, Frank!