Guido van Rossum announced yesterday that he is coming out of retirement to join Microsoft’s Developer Division: 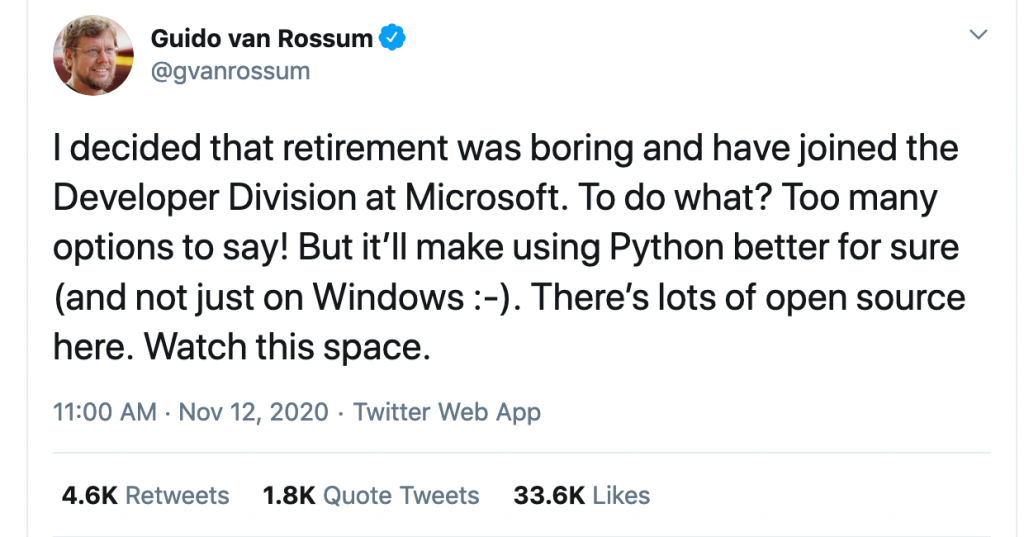 Reddit’s community’s have mixed reactions to the news.

Personally, I hope it will be a positive thing. While I had hoped that Guido would get Python into Android development when he was Google and that didn’t happen, I am hoping that at Microsoft he will be able to promote Python in other ways. Perhaps Python can be added as an alternative to Visual Basic for Applications (VBA) for Microsoft Office. It would be amazing to be able to use Python to script MS Office directly rather than using COM methods.

There have been a lot of complaints that developing with Python on Windows is harder than Linux and Mac. If Guido can exhert his influence while at Microsoft, perhaps that will continue to change. Python is certainly much easier to get started with now on Windows than it was 10 years ago. So I have my hopes set high that it will only get better!

Microsoft has a lot of influence. If they start promoting Python and open source even more than they have been, then I see that as a positive thing.