This week we welcome Iqbal Abdullah (@iqbalabd) as our PyDev of the Week! Iqbal is a Python community organizer in the East Asia and South East Asia regions. 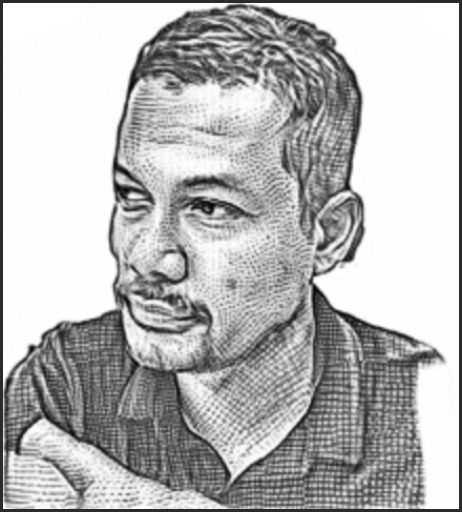 Let’s spend some time getting to know Iqbal better!

My name is Iqbal Abdullah. I am Malaysian by nationality. I am a long time Japan resident for the past 20 over years

I understand fluently three natural languages and am a basic at one. I make a living by running a small technology company called LaLoka Labs which I am also happy to mention uses a lot of Python.

I also help out within the Diversity & Inclusion (D&I) Work Group and also the Trademarks Work Group of the PSF.

I started using Python because the workplace I was at at that time (Yahoo! Japan in 2002) was using Python to manage and monitor its servers. Prior to that, I was working mostly in C. At that time, we used C in a very funky way. To maximize server throughput to reduce wait times on our customers, we had all our contents compiled into apache modules, which spits out HTML after the business logic was done. So HTML code was compiled alongside all our C business logic.

But using C to manage servers was impractical, so we have scripts running, some on cron, some manually executed, to manage, monitor and compile data for the hundreds of servers that we had.

I can say I only know four programming languages: Python, Javascript, Java and C. Only Python has been the programming language which I have been using in the past 5 years. It is my favourite, although to be honest it’s starting to evolve into something which I would not find interesting if I’ve tried the current Python 15 years ago.

Python is my favourite simply because of mainly three things:

1. I can use it to test things quickly (create prototypes) without a lot of fuss setting things up
2. Related to number 1 above: There are many libraries and frameworks which are ready to be used.
3. Python advocates that “there is one obvious way to do it” and coupled with the forced white spaces, gives readability a boost. Whoever writes the code, you’ll basically figure out what that person was trying to do.

I don’t write much code now other than Proof Of Concepts (POC) or to learn new concepts and things. Most of the heavy coding work is done by our engineering team led by our CTO Kamal Mustafa. Having said that, our latest project is an AI contents generator called Kafkai which uses Python heavily as the framework for the web app, and also as a glue to connect the training of different models that we use and also the generation itself.

My favourite is the Django framework. I started using it from version 0.9 when life was simpler and there were only function-based views. There are other lighter frameworks now like Flask which might be easier to use if your

There is also Pandas, which makes it so much simpler to visualize large amounts of data. This is useful for me as a small business owner to see what our customers are doing (vs. what they are saying) and allows me to make evidence-based decisions.

How did you get started organizing Python conferences?

It all started after I attended the first PyCon APAC in Singapore in 2010. Python was starting to be a popular language at that point, but not popular enough in Tokyo to have enough people to think about organizing conferences.

After getting back from Singapore, I met up with other attendees from Tokyo whom I met during the conference, and we decided to try organzing our own conference. This was the start of PyCon JP. We were not sure if it will be accepted by the community at that time, but in hindsight after the conference have been running for 10 years now, we can perhaps finally say that it is a success.

Based on what I have learned running PyCon JP, I brought the idea to the community in Malaysia and we started PyCon MY in 2014, which culminated with myself chairing the regional PyCon APAC in 2017 in Kuala Lumpur.

What are the top three things you’ve learned as a conference organizer?

The top 3 things I have learned as a conference organizer:

1. The world does not start with you, and will not end with you: Nearly all of us that organize conferences do it on a volunteer basis. The fact is that our work is mostly all the time are taken for granted. So we shouldn’t take ourselves seriously, and leave when we have lost interest and before burning out.
2. Show them the way, and they will follow: I have started PyCons in two different countries and even though the culture and language are different between these two countries, human beings are the same: They are skeptical to start and afraid to fail. If we reduce the risk of failure, and show that even the twenty people joining our conference can have fun for a day, they will be convinced
3. We work with humans, through computers: We within the tech industry tend to lose the big picture and get excited with technology and how we use it to run things. But the fact is that conferences are run by humans for humans, so we need to focus our efforts on giving the best value for the attendees and this nearly all the time means human connection and knowledge sharing which can only be done within a real-life setting.

Yes. In fact, there are quite a few: