This week we welcome Anna Ossowski (@OssAnna16) as our PyDev of the Week. Anna is an aspiring developer from Germany. She holds a degree in English and theology but fell in love with programming a while ago and is now working on building a career in the field. She is very involved in Django Girls. She co-organized the Django Girls Budapest and PyCon workshops and runs the “Your Django Story” interview series on the Django Girls blog. Anna is also a member of the Django Software Foundation grants committee, and is currently working on building the PyLadies Remote chapter. She is very passionate about diversity and community outreach and wants to encourage more women to learn programming because it’s awesome! In her free time she writes a blog. Let’s spend a few minutes getting to know Anna better. 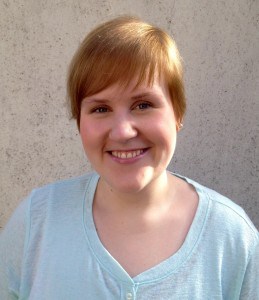 I was born and raised in a small town in Germany. During high school I spent a year as an exchange student in an even smaller town near Saint Louis, Missouri. This was the best year of my life and I have a deep love for the United States and the people I met there. One of my biggest dreams is to live in the US one day. I have a degree in English and Catholic theology but am pursuing a programming career and working hard on becoming a good developer.

Why did you start using Python / Django?

After finishing my degree I had some free time and didnâ€™t really know where I was headed with my career. I was debating whether I should get a masterâ€™s degree and if yes in what. I loved studying English and theology but since I didnâ€™t want to become a teacher I never really knew what to do with my degree. I had a friend at that time who was a software developer and very passionate about Python. One evening I asked him if he thought that I could learn programming because I was curious what he liked about it so much. He said â€œYes, everyone can learn how to programâ€, gave me the link to the Codeacademy Python tutorial and thatâ€™s how it all started. In school I was always told that I wasnâ€™t very talented when it came to math or science in general so I would have never thought that I can learn how to program and without my friendâ€™s encouragement I probably would have never tried it.

Solving the Codeacademy exercises and finding out that I can actually learn how to code was the greatest feeling in the world. It wasnâ€™t always easy, in fact it was pretty frustrating sometimes but I loved the problem solving part, I loved creating things, I loved learning something new. I just instantly fell in love with programming. I loved that moment when I finally understood something or finally got something to work. A little later I decided that I wanted to pursue it as a career. I went to PyCon 2014 in Montreal, my first programming conference, and had the most amazing time. People were friendly and welcoming, I learned so many new things, I felt like I truly belonged.

Last summer I applied for the first ever Django Girls workshop at EuroPython, was accepted, and it was one of the best and most life changing experiences I ever had. I didnâ€™t only learn how to build websites with Python and Django, I made great friends and became part of an amazing community which has given me the confidence to do a lot of things that I never thought I could do like giving my first conference talk at PyTennessee this year.

How would you help a new Python programmer get started?

I would advise them to pick a good beginner tutorial and work through it to understand the basics of Python. I really enjoyed â€œLearn Python the Hard Wayâ€ by Zed Shaw but there are a ton of other great resources. If one tutorial doesnâ€™t work for you, that doesnâ€™t mean that you are stupid or lack talent or will never learn how to program. We all learn differently. Try a different tutorial, keep trying out different things until you find something that works for you. Quitting a tutorial doesnâ€™t mean that you failed or lack ambition, it just means that you are moving on to something thatâ€™s better for you. If youâ€™re stuck and start getting frustrated donâ€™t spend hours trying to solve the problem on your own, ask for help, use Google. If you still canâ€™t figure it out take a break, go for a walk, go to bed, try again the next day. Donâ€™t push yourself too hard. I remember there was a chapter about binary numbers in the Codeacademy Python tutorial and I didnâ€™t understand the concept at all. After reading the chapter over and over again, I finally asked my friend for help. He tried really hard to explain it to me but I still didnâ€™t understand. I was super frustrated and felt bad because I thought I had wasted his time. That night before I decided to go to bed I watched a short 3-minute Youtube video on binary numbers and it finally clicked. You will get there, donâ€™t give up! 🙂 Sometimes you understand things quickly, sometimes it takes a while. And always remember: Sucking at something is the first step to being good at something.

Once you got the basics down Iâ€™d advise you to pick a project and start building something from scratch. Pick something that you enjoy and really want to build. I know how hard that can be. Tutorials give you some sort of guidance and security. When you start building something from scratch you have to figure out a lot of things on your own. Thatâ€™s why it is important to find a mentor. Donâ€™t be afraid to ask for help, people are usually very friendly and willing to help. You could look for a mentor in your local PyLadies or Girl develop it chapter, join our Django Girls Gitter chat or ask people on Twitter for help, you can tweet me (@ossanna16) and I will try to help or get you in touch with someone who can. It made such a difference to me to have amazing mentors who didnâ€™t only teach and explained things to me but also helped me stay motivated.

And my final advice would be to get involved in the community. Attend programming conferences, local meetups, sprints and hackathons. Yes, we would like you to attend even if you just started to learn programming 🙂 You are valuable to the community. Donâ€™t be scared! The Python and Django communities are very friendly and welcoming. A lot of programming conferences like PyCon, EuroPython and DjangoCon EU have awesome diversity and financial aid programs that you can apply for. Attending conferences changed my life in so many ways. I learned a lot of new things that would have never crossed my mind before, I met amazing people, found new friends and it helped me overcome a lot of fears.

I am currently learning about testing and APIs from my friend Ian. With Ianâ€™s guidance I will build my first simple API that will also implement JSON Home. We will write a library to build clients from JSON Home documents and will test everything along the way. Our ultimate goal is to put everything into a tutorial about testing for beginners. I started a series on my blog (http://anna-oz.tumblr.com) called â€œUnderstanding Computer Wordsâ€ in which I explain little things I learn along the way, for example â€œWhat is a decorator?â€, and explain those in really simple terms, from a learner for other learners. I think those posts will be helpful for people who just got started with programming and also for teachers who struggle with explaining things in a way that is easy for a beginner to understand.

I also started working through Tracy Osbornâ€™s book â€œHello Web Appâ€ (http://hellowebapp.com) which I enjoy very much and which helps me understand parts of Django that have been difficult to me. Itâ€™s a great learning resource and I would highly recommend it.

Iâ€™m also helping with the organization of DjangoCon US. I am very excited about this opportunity and happy to be part of such a great team of organizers.

Why did you start the â€œYour Django Storyâ€ interview series?

We started â€œYour Django Storyâ€ because we wanted to show that there are a lot of awesome women out there who work with Django, whether itâ€™s professionally or in their free time. We hope that those stories will inspire and motivate other women to start programming and show them that there are so many paths which can lead you to a career in programming. You donâ€™t need to have a boyfriend who is a programmer, you donâ€™t need a computer science degree, you donâ€™t need to be amazing in math or have started programming when you were 10 years old. You can start right now, you can learn to be great in it, you can have an amazing time, build awesome things. And if you work hard you can become a professional programmer. Some women in programming donâ€™t know how great they truly are and think that their story isnâ€™t interesting or not worth telling. Itâ€™s my personal goal to let every woman know that her story is interesting, unique and inspiring, and to encourage her to share it with the world.

Please be friendly and encouraging to programming beginners and really to everyone you meet. Encourage people to start programming, show them how awesome it is, offer your help, be a mentor. I promise itâ€™s very rewarding, and helping others is the best feeling in the world. Think about how hard it was for you when you started to learn something new. Show some empathy. Remember that sometimes it only takes one person to change someoneâ€™s life and/or career path. Try to be that person! 🙂

If youâ€™re interested in learning more about mentorship, check out this great blog post by A. Jesse Jiryu Davis http://emptysqua.re/blog/mentoring/.

1 thought on “PyDev of the Week: Anna Ossowski”