PyDev of the Week: Paolo Melchiorre

This week we welcome Paolo Melchiorre (@pauloxnet)as our PyDev of the Week! Paolo is a core developer of the Django web framework. He has spoken at several different Python-related conferences in Europe and also writes over on his blog. Let's take a few minutes to get to know him better!

I graduated with a degree in Computer Science from the University of Bologna. My thesis was about Free Software and since then I've been a Free Software advocate.

I've been a GNU/Linux user for 20 years and now I'm a happy user of Ubuntu.

In 2007 I attended my first conference, the Plone Conference, and since then Iâ€™ve attended many other pythonic conferences in Europe.

In 2017 I presented a talk at PyCon Italy and at EuroPython and since then I have been a conference speaker for local and international events, both in Italian and in English. 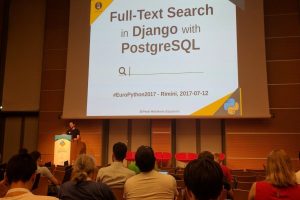 Giving a talk at EuroPython 2017

Iâ€™ve lived and worked in Rome and London, and since 2015 Iâ€™ve been a remote worker located in my hometown of Pescara in Italy, which is close to the beach and the mountains.

I love nature and spending my time swimming, snowboarding or hiking, but also traveling with my wife around the world.

I like improving my English skills by reading fiction books or listening to audiobooks, watching TV series and movies, listening to podcasts and attending local English speaking meetups.

I started using Python in my first job because we developed websites with Plone and Zope.

I realized how much better Python was for me than other languages Iâ€™ve studied and used before because itâ€™s easier to learn, itâ€™s focused on code simplicity and readability, itâ€™s extensible and fast to write and has a fantastic community.

When I stopped using Plone I continued using Python as main programming language.

I started programming with Pascal during high school and then I learned HTML and CSS on my own to develop my first website as high school final essay.

At university I studied some different languages like C, C++, C#, Java, SQL and Javascript and I used some of them at work in the past.

In the last 10 years Iâ€™ve predominantly used Python, and itâ€™s without a doubt the language I prefer, although sometimes I still use SQL, Javascript and obviously HTML and CSS.

I work every day a lot with Django and PostgreSQL so apart from the Django framework itself I think my favourite python library is the Python-PostgreSQL database adapter psycopg2 because itâ€™s pretty solid and allows me to work with the database without the Django ORM when I need to do very low level operations and use all the great features of PostgreSQL.

How did you get started contributing to Django? 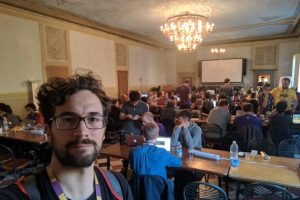 I started contributing to the core of Django during the sprint day at DjangoCon Europe 2017 with a pull request that integrated the PostgreSQL crypto extension in itâ€™s contrib package and it was merged in Django 2.0. 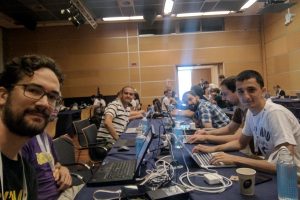 At EuroPython 2017 I organized a sprint about the search module of the djangoproject.com.

I completed a pull request that replaced Elasticsearch with the PostgreSQL Full-text search function on the official Django website and I continued updating this function with improvements in speed and multilingual support.

I presented a talk about this experience as an example of contribution to the Django project.

Why did you choose Django over Python web frameworks?

I started working with Plone and the Zope application framework which stores all information in Zope's built-in transactional object database (ZODB).

I started using Django when I needed to store data in a relational database like PostgreSQL, and after some research, I realized it was the best choice.

I appreciate itâ€™s architecture, the ORM, the admin module, the PostgreSQL support, all its ready-to-use modules like GeoDjango, all the 3rd party packages, and particularly the community behind it. 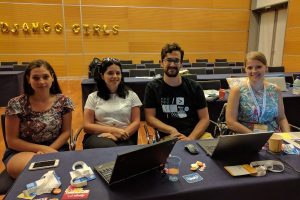 I contribute to the Django project, its website and some related packages.

Iâ€™m attending some Django Girls workshops as a coach and Iâ€™ve contributed to its tutorial.

In addition, Iâ€™m updating a django queries project with code Iâ€™ve used in my talks which lets people try it on their own.

Iâ€™m working on a Django project template we use at work to speed up the bootstrap of a project deployed on uWSGI.

Iâ€™m updating my Pelican-based technical blog where I post some articles, information about me, my projects and my talks.

Iâ€™m updating my YouTube channel with all my recorded talks and my Speaker Deck account with all my talk slides.

Iâ€™m also answering as many python-related questions as I can on Stack Overflow, particularly related to Django, Full-text search and PostgreSQL and I wrote an article based on one of them.

What are the top three things you have learned as an open source developer?

I think Free Software is the one of the best inventions in the last century, and being part of it is very rewarding.

In particular being a Free Software developer has taught me: 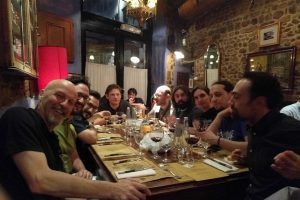 Having fun at PyFiorentina during Pycon Italy 2018

Being a conference speaker at Free Software related conferences has given me the opportunity to meet a lot of people and become a better person.

I encourage everyone to join meetups, get out in the community and attend conferences and, of course, if we meet at some conference, please say hello.

I also want to say to all native English-speaking developers that there a lot of excellent developers who hesitate to contribute to Free Software because of their lack of English knowledge.

Personally, I waited a long time before contributing to projects and actively participating in the community and then I forced myself to improve my English skills with a lot of costs in term of time, effort and money.

So I would just like to remind people to be patient and inclusive when it comes to non-native English speakers as we need a bit more time and effort to open an issue, send a pull request, ask questions online and at conferences or simply speak and write about ourselves and our ideas in an interview like this.

Thanks for doing the interview, Paolo!